...Monday I went to visit with Angel.  It took 3 hours to drive back and forth and I spent 3 hours with him, so there went my day.  I took him and his roommate out to lunch and then we all went food shopping.  I am trying to show Angel how to shop and cook economically and easily.  Tonight b cooked chicken stew and videotaped himself because that's the next dish Angel wants to try.

...Tuesday was lost to teaching and everything I didn't do Sunday (because of the birth) and Monday.

...Wednesday was lost to meetings: two doctoral student meetings, a search committee meeting, and a meeting for the administrative committee that I chair.  Wednesday night I made it to yoga.  After all that healthy goodness I met b for a beer and a light dinner.

...Thursday was lost to teaching and, at long last, the tenure and promotion reception.  b got off work early since they allowed guests.  There was wine and cheese and hummus and fruit.  There was a copy of all the books chosen by the tenure and/or promotion recipients this year.  There was a woman walking around interviewing us for a library podcast on the event (you can imagine how many people listen to that each year).  There were "words" spoken by the Provost and the Chancellor.  There were even parting gifts--a poster of yourself with your book.  I was pleasantly surprised by the number of books on feminism and/or motherhood.  I was not surprised by the poor quality wine.  Earlier in the day b found out he got a new job.  It is sort of an add-on to his current job but it allows him to merge some of his different interests and sets him up for his dream job.  To celebrate we went out to one of our favorite swanky restaurants and had good wine (and food).

...Friday was lost to:  feeling sick from Thursday's festivities; more meetings; actual writing; and my monthly outing with the doctoral students (we've dubbed it our "monthlies").  A large number of students couldn't make it this time--due to real or imagined responsibilities--and for once I didn't want a Guinness but I womanned up and stuck it out for the five students (and one mom!?) that attended.

...Saturday was lost to tai chi and grocery shopping and class prep and cooking a quick dinner of salmon, shrimp, asparagus and pasta with a improvised mustard, lemon, white wine and caper sauce.  Saturday night I might have actually watched a show with my sweetie.

...Today was lost to my monthly chi gung class [for which I travel 45 minutes each way to a neighboring city and take the class in the finished basement of people I've never met before in my life from an 81 year old man who barely speaks English while his daughter translates] and then a plethora of work that took well into the evening but barely put a dent in my To Do list.

I left my house last night at approximately 11pm and headed towards the hospital.  I had received a call from my latest doula client.  This is the first time I've "douled" (can that be a verb?) for someone who delivered before their due date.  I hadn't been expecting it but when my cellphone rang at 9pm it crossed my mind that my plans (primarily for some reading and an early bedtime) might be changing.  And they did.

I made it back home at 3pm this afternoon.  Mom and baby are both doing well. There was stress and drama and the sweet sweet reward of seeing a baby come into the world and a new family form. I don't want to talk about the details of the birth (it would be inappropriate) but rather share some thoughts that occurred to me throughout the night and day.

This experience was different in many ways.  It was not through the community agency where I volunteer but instead was a very friendly acquaintance.  It was the first time I worked for a couple and neither one of them was a teenager or a young adult.  Working with a couple, and especially a couple that is close to my age, was interesting in ways I had never imagined.  I don't put myself in the place of my clients--childbirth seems long behind me--but this couple's relationship reminded me of mine and b's.  The dad is a very sweet and caring man and they appear to be completely compatible.  There was much joking going on in the early parts of the night and then again when pain had subsided.  There was a comfort and tenderness between the two that was beautiful to watch.  I couldn't help but wonder what it would have been like to have had a baby with b.

It also took me a little while to figure out how to best support a couple as opposed to a single mom.  In all of my previous births, although friends and family may have been present, my role as the primary support was clear.  Now I know this may not always be the case and in at least one experience the father showed up halfway through the process and ended up taking on the role, but the dynamic was very different last night.  At first I found it difficult to support without getting in the way.  Other times I felt I was late to support or provided inadequate support because I wasn't as in sync with the mother as I usually am.  Eventually I think we reached a groove that worked and, most importantly, the mother felt supported.  The father also felt supported and that role (of supporting the support person) was new to me.

It is also a little different being involved in such an intimate experience (which I consider an honor and a privilege) with someone that you know but not all that well. With my other experiences I didn't know the mother at all and knew I would not be seeing her again after my post-partum visit.  However I will continue to see at least the dad in this couple on occasion.  As I said, we are friendly acquaintances but not really friends.  However I have now experienced something with this couple that no one else (except the doctors and nurses) has experienced.  There is a raw level of intimacy that gets shoved back under the cover of politeness in the days following a birth.

The more births I am involved with, the more I see the culture of birthing has really changed.  What was before a very private event has become a lot more public.  In every birth I've attended there has been at least one friend or family member who "popped in" for a visit during labor.  Hospitals (at least the ones around here) now have a very open policy about visitors during labor.  When I gave birth only immediate family members were allowed and I only ever heard of the father being in the labor and delivery room with the mother.  Now, in addition to doulas, you may have grandmothers, grandfathers, sisters, brothers, and friends.  Some stay for the entire event and others drop in and out to say hi and visit as you would expect after the baby is born.

Some of my clients seem to really like this and others seem less comfortable with the drop-in. Personally I like the inclusion of additional support people (grandparents, siblings, doulas, etc.) but only if they are committed to staying throughout the birth.  I believe a laboring woman should have whoever she wants with her when she gives birth but I also know that who you think you want with you and who you really want with you may be two very different things.  More importantly, each birth develops its own rhythm.  There is a pace and an atmosphere that develops as the birth unfolds that is offset by a drop-in.  It often feels to me like a blast of cold air and I believe it can upset the process.  Of course it can also serve as a helpful distraction.  Ultimately I realize that it is not my call for any individual mother but it can also be hard to determine if the mother really wants this person or people to stay.  Women remain erringly polite, in my book, during birth.  They don't want to offend and I believe the drop-in phenomenon may make the birthing room a less emotionally safe and open place for a woman.
Posted by Brigindo at 11:28 PM 6 comments:

RBOC: I Can't Believe It's Been 10 Days Since My Last Post And All I've Got Is Another RBOC Post Edition 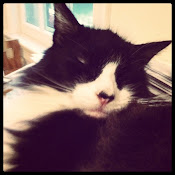 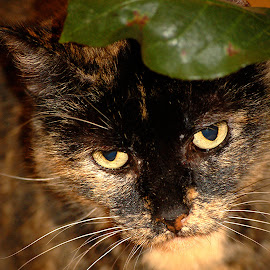